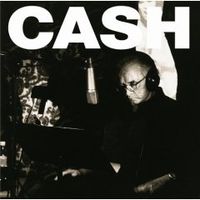 One album that I really enjoyed listening lately was the latest Johnny Cash album called American V: A hundred highways. It was released in the beggining of July so it is pretty new. It's from the material he was recording very shortly before he died. In my opinion the album is really thrilling especially if you like Johnny Cash. Two of the songs are his and the others are covers from other artists. His voice is fragile but brings a meaning and gives weight to the music. And the production is great like the Solitary Man and The Man comes around. I recommend this cd. Also for those who like Johnny Cash there will be more American albums cause he has recorded a number of songs that will be released later.
Posted by Urban Mystic at 12:41 PM