Even though it was raining the day before, the morning of 8th of September was sunny as we approached the starting point of our climb of Big Korab. Will the mountain let us climb it's summit this time? You can only approach such greatness with humility and respect. The climb was pretty demanding and at times the wind was so cold and strong that withouth gloves and winter cap you think you would freeze. After more than two hours into the climb suddenly we were welcomed by the magnificent view of the slopes of Korab covered in snow that fell just few days prior to the climb. But still the summit could not be seen until later. You could hear the sound of the small streams flowing by the side. Man can only marvel at that beauty. The last hour was mostly walking on snow and was pretty hard but the satisfaction that followed was worth it.

Tired I go back to
my warm home while she stayed
to talk to the clouds. 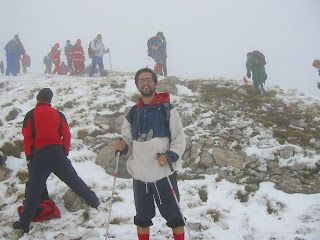 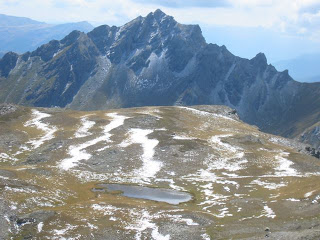 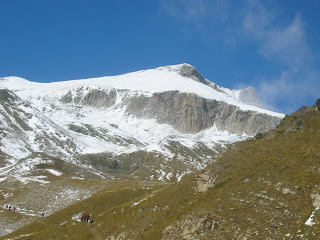 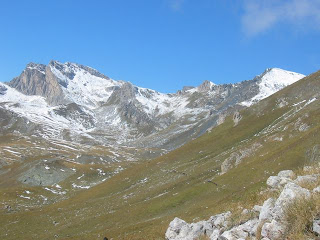