We have a Father

I write this mainly for my friends from Glasnost but anyone is welcomed to read it. I think that it is both relevant and important at this time. I took the text from a book called "The Healing Path: Overcoming The Wounds Of Slavery And Orphanhood" by Robin Pasley. Probably it will be followed up by few more texts from the same book.
"Orphanhood entered our lives in two ways in the Garden of Eden. No only was the enemy hoping to bring a physical and spiritual separation from the Father through Eve's sin of disobedience, but he also intended to plant the seeds of doubt about the character and nature of God into the mind of all human kind to come. When we ask, "does God have a place for me?", we unearth this doubt of God's character.
Think about it. We all struggle at one level or another to believe that God is really good to us and that he really approves of us, don't we? We also struggle to really believe we have a Father who loves us unconditionally - that is, regardless of our failures. If we have ever attended a church service we've probably heard that God loves us, and most of us would say we like the idea, but we still have trouble living like he loves us. This struggle can pursue us even after we have decided to follow Jesus and receive his love for us. Even as believers we still act as though we may have to go out and scratch and fight and kick our way to a place of accomplishment in order to be noticed and have any secure place in this world. This is the orphan spirit at work inside of us.
When we have not lived into the truth that we are loved and accepted unconditionally, we will reach out for other kinds of acceptance. This deep cry for a place in the world transforms itself into an external need to be received and embraced by others in order to feel like somebody. This need, when allowed to flourish in us, becomes what we call the "fear of man".
The fear of man is in contrast to the fear of the Lord. When we say "fear" we are not talking about terror, we are talking about respect. We respect the edge of a high building not because the edge of the building is terrifying, but because if we walk past the edge we will be terrified at the consequences. The fear of God is like this. We don't fear him because he is terrifying - in fact, we know him as pure Love - but we do fear him because of the consequences of living past the edge of his pleasure and approval".
Posted by Urban Mystic at 8:47 PM No comments:

I belong to the world

The other day, on National Geographic, I somehow stumbled upon a show called "Long way down" where Ewan McGregor and another guy travel on bikes from Scotland all the way down to Cape Town, South Africa. I must say that I was captivated by the show. Now I'm in the middle of watching the six episodes and I enjoy it so much. Just to be able to travel and explore, learn, meet people, experience life firsthand I think it's amazing. The landscapes, the history, the people, the nature, the adventure... 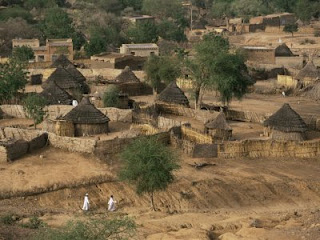 All that is great, but there is one thing in particular that is very interesting to me. Driving through Sudan, I think, they met this english guy riding a bicycle through the wilderness/dessert who said that he left England 13 years ago and has crossed the Atlantic with a paddleboat, crossed America on rollerblades and now is cycling through Africa. Later they met another couple who have been on the road for 9 years, been almost all around the world. Later still, they met this young british guy who is traveling alone from Cape Town all the way through Africa. Last summer in Ohrid we met an austrian guy who cycled from Austria and was on his way to Greece. He told me that on the road he met with two more guys. One of them was traveling from England to Istanbul and the other guy from Portugal to Vietnam, a trip that should take him 3 years. 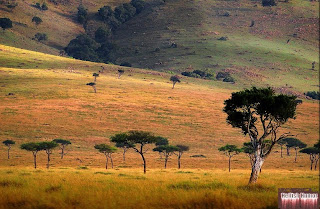 Now, we can say that these people are crazy and maybe irresponsible, that instead of building a career they are just playing games. Some people will admire them and say that's great but it's not for them. Some might say that you have to be an adventurist by nature and that they are just pursuing their passions, which is great.
First of all, something deep in me admires these people. There is no doubt that they are adventurists but I think that there is something more to that. At least that is what I think. What if this people revolt and rebel by traveling. What if they have sensed deep inside that they are created for something more than just an urban existence, living in concrete jungles, consumed by consumerism, shallow relationships and pretending. They don't have to have that all figured out but they are still doing it.
And there is also the urge to get to know and experience the world. To observe and to experience the creation. I'm thinking a lot about that lately and I can say that that is not vanity, that is nothing sinful, provided that you have your life centered on the Divine Center.
That is why I'm not ashamed to say that I belong to the world. The world that the Creator didn't despise and will one day redeem. I belong to the human race for whom He gave the best he had.
Posted by Urban Mystic at 10:24 PM 3 comments: